Lake and Pond Stratification: What, When, Why and How?

Stratification happens when water layers separate due to temperature and density. It can result in increased stressors for your fish, and in some cases mortality.

Lake Stratification occurs when water density is varied due to temperature and prevents mixing between the epilimnion, metalimnion,and the hypolimnion layers of water. The lack of mixing is where issues occur as oxygen gets depleted in the lower and middle layers of water (metalimnion and hypolimnion) and is not replenished. This results in anoxic conditions within the metalimnion and hypolimnion where fish are unable to stay for extended periods of time and increases stress – only part of the water column is usable, and forces all of the fish to be sharing a small section of the pond.

When does stratification occur?

Stratification most often occurs in the summer as the surface/epilimnion layer of water heats up and is suspended above the cooler/denser lower layers (metalimnion and hypolimnion).  A thermocline is often formed within the metalimnion where the change in temperature is greater per depth than in any other portion of the water column. This thermocline can often be felt by swimmers as a band of cool water and can sometimes be seen as a band on depth finders used by anglers.

Why should I be worried about stratification?

Problems often occur towards mid to late summer as oxygen concentrations in the metalimnion and hypolimnion are near depletion.  A common issue we see here in Texas is a summer turnover event due to a rainstorm. This turnover is caused by an influx of cool water rapidly cooling the epilimnion, causing the layer to increase in density and sink. This sinking causes a now less dense and warmer metalimnion to push to the surface. The issue with this is that this layer has a very low oxygen concentration and can lead to a fish kill due to oxygen deprivation. 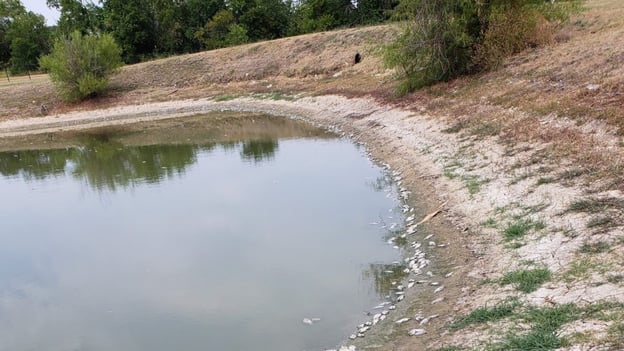 Another problem is an overall stress increase on fish as the cooler water they seeked out earlier in summer begins to decrease in oxygen concentration and fish have to make the decision to stay near cooler, less oxygenated water, or go shallow in hot water for more oxygen obtained from surface diffusion. Either way, the increased stress and hot water causes a decrease in fish metabolism and decreases growth.

How can I fix the problems associated with stratification?

The best way to fix issues associated with stratification is to maintain adequate oxygen concentrations within the metalimnion.  This can be achieved by a bottom diffuser. 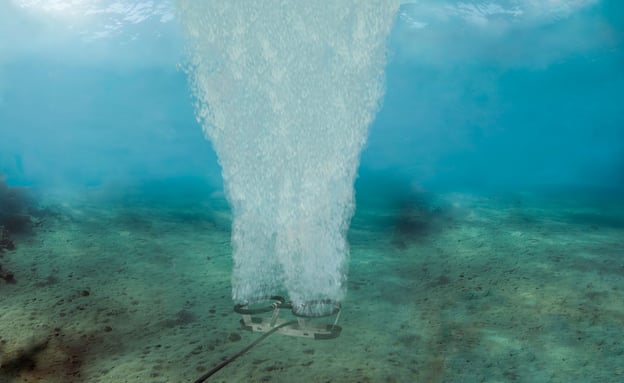 These diffusers have an air compressor on the shore that pumps air through lines to diffusers on the bottom of the lake releasing air bubbles.  These air bubbles offer some direct diffusion into the water, but their main purpose is to create an updraft of cool water from the hypolimnion and metalimnion to the surface for surface diffusion to increase oxygen concentration. This cool water brought to the surface will sink back down and helps to replenish available oxygen for fish utilizing the cooler water zones of the water column.

Maintaining this cycling of water helps to disrupt a hard stratification and anoxic conditions. Now your entire water column is usable and has enough oxygen in it for the fish to spread out and survive.

Hopefully this helps you gain a better understanding of lake stratification and take it into consideration when creating your lake management plan.  If you have any more questions or would like some more in-depth information feel free to contact us by phone (940)668-2573 or by email at ethan@pondking.com

We'll see y'all Down at the Pond! 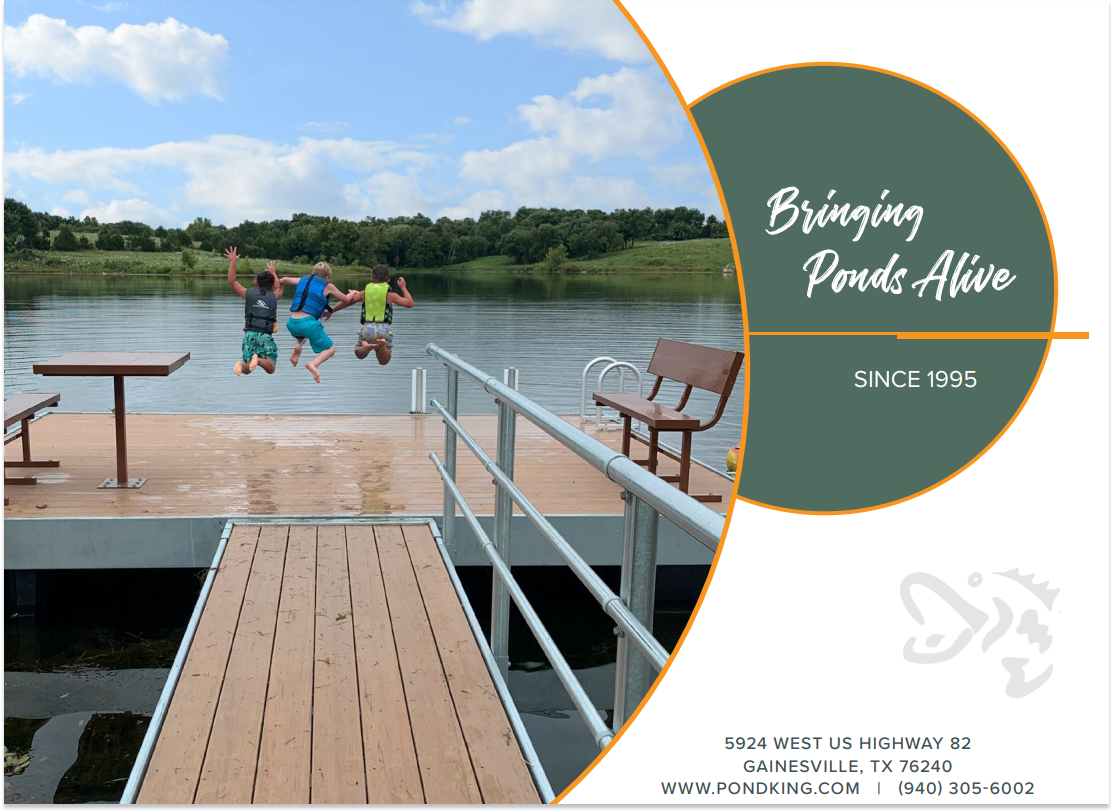