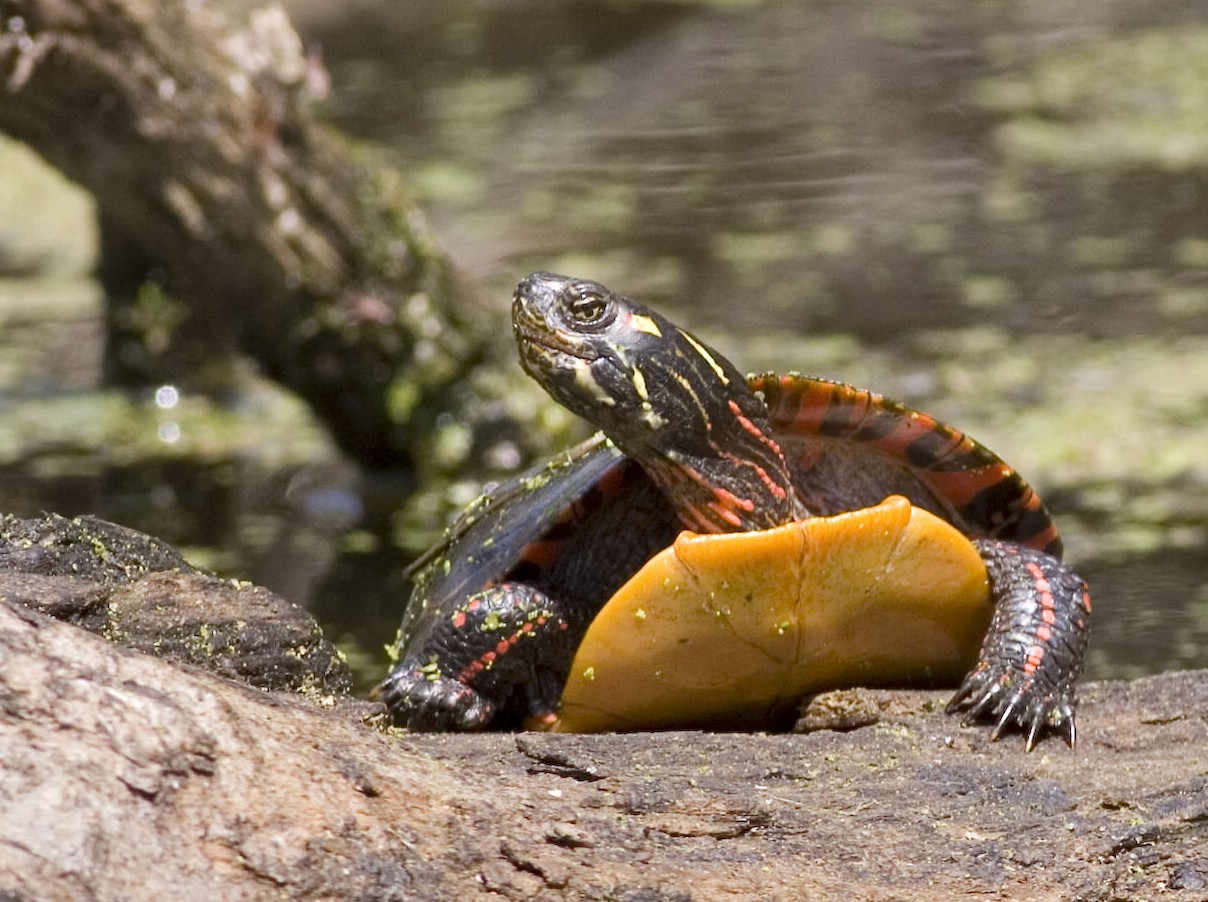 If you’ve got a pond, chances are you have turtles, and, more than likely, you’ve got multiple species. Whether you consider them nice to look at, or a nuisance, it is important to correctly identify the types of turtles in your pond so you can manage them appropriately.

It is important to know the difference between the various species of turtles to better manage your pond. In our region of North Central Texas, the types of turtles you are most likely to encounter are Red-Eared Sliders, Softshell Turtles, Common Snapping Turtles, and the Alligator Snapping Turtle.

The Most Common Type of Turtle in Our Region: The Red-ear Slider

Red-ear Sliders are the most common type of turtle to have in your pond. These are the turtles that you will see lined up on logs, rocks and along the bank basking in the sun. They are easily distinguished by their red streak behind the eyes which helps gives them their name. These turtles can grow up to 10-12 inches across their shells. The problem with Red-ear Sliders is that they will raid fish nests, eating the eggs of your unhatched game fish, as well as snacking on your recently hatched fry. Red-ear Sliders have also been known to carry the salmonella bacteria and can transmit it to humans. Learn more about how turtles affect your pond. 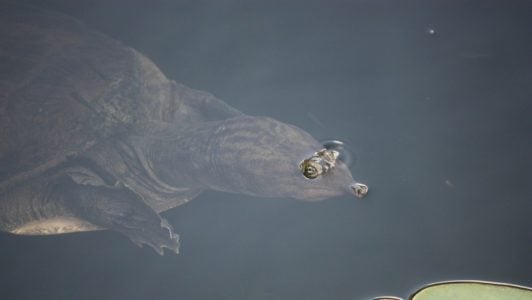 An Unusual Type of Turtle: The Softshell Turtle

Softshell turtles can be identified by their elongated necks and long pointed snouts. When they are walking on land it is easy to see how they got their names. As a Softshell turtle’s legs move, you can see the shell moving as well. They have a flattened body compared to the others listed, along with large webbed feet. Since they do not have the added protection of a hard carapace to protect against predators, they have adapted other means of avoiding predation. Their flattened body allows them to bury themselves in the sand and conceal their body leaving only the head exposed. Like the Red-ear, Softshells can be problematic for your fish population. 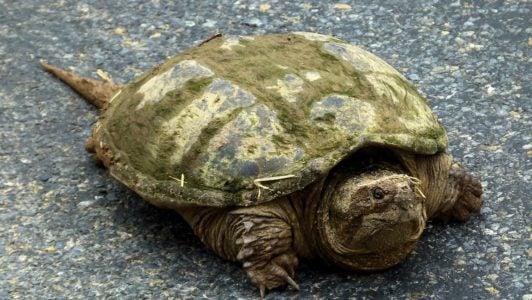 A More Aggressive Type of Turtle: The Snapping Turtle

Common Snapping Turtles can grow to around 30 pounds and are commonly found in ponds. They have large, smooth shells but are unable to retract their extremities into the shell like other turtles can. These turtles will actively swim to hunt down fish much like the Softshell. Snapping Turtles have very powerful, sharp jaws that are capable of biting prey in half and can strike in the same manner as a snake. These guys can pose a threat to anyone, or anything, like baby and even full-grown ducks, swimming in your pond. If it feels cornered or threatened, a Snapping Turtle may attack, causing serious injury. 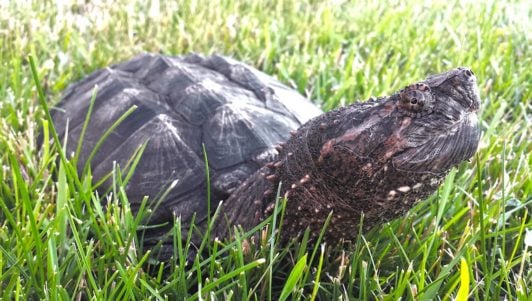 A Less Common Type of Turtle: The Alligator Snapping Turtle

Alligator Snapping Turtles are not commonly found in your everyday backyard pond. However, they can be found in ponds or lakes that are fed by, or are near to, creeks and streams. These turtles can be very large, having the potential of growing up to 70 pounds. Much like the Common Snapping Turtle, Alligator Snappers cannot retract their extremities into their shell. They have several large points growing on their top shell, as well as small growths on their skin that look like spikes. They have an extended upper jaw and can open their mouths much wider than most turtles. It uses its wide mouth and the moving water to move small pieces of skin inside its mouth as bait to attract fish. Once fish come to take the bait, the Alligator Snapper uses their powerful jaws to quickly catch their meal.

Choosing the Right Genes to Raise a 10+ Pound Largemouth Bass

Which Sunfish Live In Your Pond?

How often do you need to restock your pond?

Pond King's products are built with expert craftsmanship and the highest quality materials. Download our catalog to look at our latest products for 2019.