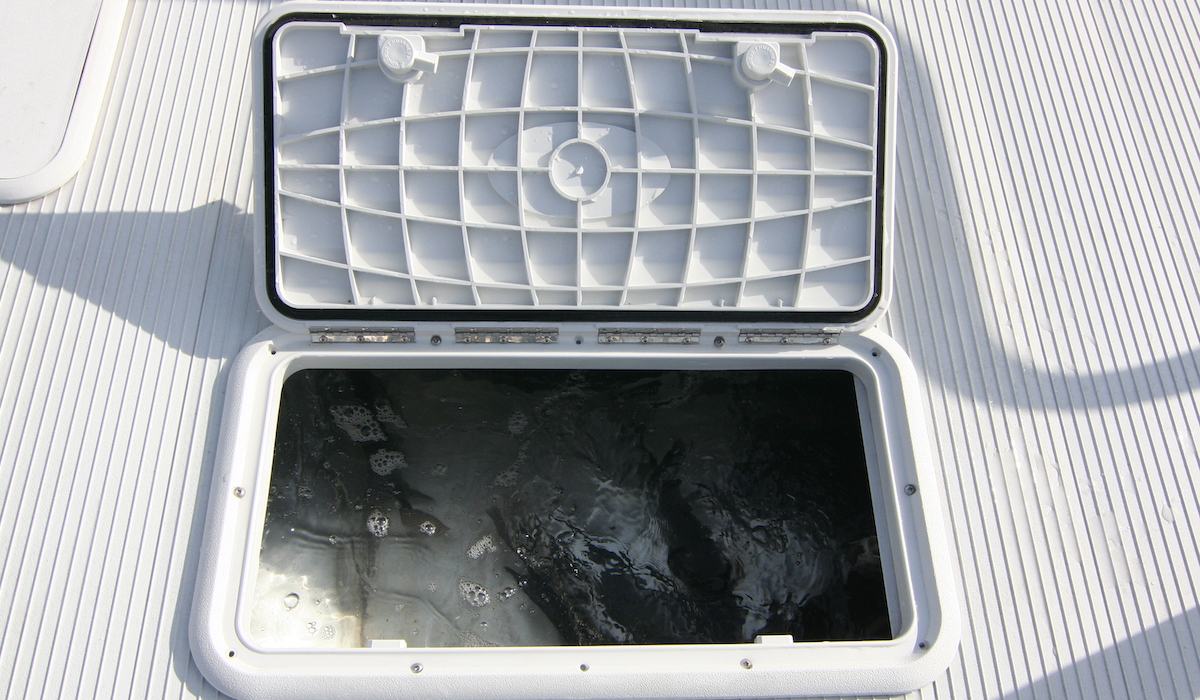 Tournament fisherman and Pond King fisheries biologist Ethan Stokes shares how he run his livewells to ensure his catch always counts, and lives to get caught another day.

Making sure your catch counts 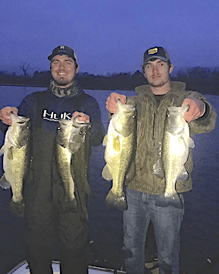 If you are fishing in a tournament, keeping your catch alive is not only crucial to your success but also to the sustainability of the fishery. Weighing in dead fish is often not allowed or, at the very least, will result in a penalty in most tournaments. Undue stress on the fish during their time in your livewell decreases their likelihood of surviving when you return them to the water after weigh-in, which is bad for the fishery. As a fisheries biologist and a tournament angler, I have always taken a great deal of pride in my livewell fish care. I am happy to say, knock on wood, that I have only lost one fish in my livewell and that was because it swallowed the hook. In this blogpost, I'll share with you how I run my livewells and provide suggestions for keeping your fish alive during different seasons.

To Fill or to Recirculate

Most factory installed livewells have a switch for "FILL" and a switch for "RECIRCULATION" for each livewell. The FILL switch pumps in water from the lake and the RECIRCULATION switch pumps water from the bottom of the livewell back to the top. It is important to know what each of these functions do so you can use them accordingly during different seasons and water temperatures.  It is important to note that any water getting pumped into the livewell should be pumped in at the top of the well and splash down to the sustained water level of the livewell.  This creates surface agitation and allows more surface area for oxygen to diffuse into the water, increasing the oxygen concentration of the water in the livewell.

Since most tournament trails kick off their season in the spring, I'll start with how I run my livewells when the water temps are still cool. Cold and cool water (<75 degrees) contains a greater oxygen concentration than warmer waters, so recirculating livewell water to increase oxygen concentration is not as critical this time of year as it will be in the heat of summer.  In the spring, you can fill your livewells and leave your FILL pumps on auto throughout the day. This will circulate new cool oxygen rich freshwater into the livewell throughout the day. When it comes time to make a move and get the boat up on plane, I suggest turning the RECIRCULATE switch on manual so that it is oxygenating the water on the run since most FILL pumps shut off while on plane.  If you are fishing a tournament with a co-angler where you have all your fish in one side of the livewell, and theirs all in the other, in addition to running the FILL switch on auto throughout the day, I also like to run the RECIRCULATION switch on auto, too. This ensures that five (hopefully large) fish have sufficient oxygen in each livewell.

As water temperatures heat up, the oxygen concentration decreases. In warm to hot water, (>75 degrees) a common practice is to keep ice in your boat to cool the water in the livewells. By cooling the water in your livewells you are accomplishing two things: cooler water allows greater oxygen concentrations, and diminishes the chances of the fish going into shock when placed in the livewell.

By cooling the water in your livewell you can then increase its oxygen concentration substantially simply by recirculating it in the livewell before catching your first fish. When fishing in the summer, many of the fish you catch are coming out of deeper water. This deeper water is often much cooler than the surface water from which you fill your livewell. By cooling the livewell water down, you can also decrease the risk of shocking the fish, thereby reducing any additional stress associated with suddenly putting them into a "hot" water environment. Remember, the fish moved out into the deep, cool water for a reason. They don’t do well in really warm water.

For summer fishing, my suggestion is to freeze several bottles of water overnight (labels removed please) and load your boat's cooler with them in the morning. Early morning is going to be the coolest water temperature of the day, so take advantage of it. When you get too your first spot of the day, use turn the FILL switch to on to fill your livewells. Next, turn your RECIRCULATE switch to manual and leave it on all day. Turn off the FILL switch when the livewells are full. Place some frozen water bottles in the livewell to begin cooling. Ideally, you want to keep the temperature in the livewell 5-10 degrees cooler than the temperature of the surface water. This will take some trial and error to figure out what works best for you and your system so I suggest keeping a floating water temperature gauge in the livewell so it is easy to monitor.

Every few hours throughout the day I suggest turning your FILL switch back on to put some fresh water into the livewells with your catch, replacing some of the water that has been in there since the morning. When you do this, try to replace approximately ⅓ to ½ of your livewells' water with fresh water. Adding more frozen bottles may be necessary each time you do this to ensure the water temperature remains cooler than the surface water. In livewells without a ventilation system, it is very important to crack the lids from time to time to allow fresh air to circulate into the box, too, so the air trapped between the surface of the water and the lid doesn’t become stale. Stale air is air lacking oxygen and comprised mainly of other gasses that have been released from the water, such as ammonia gasses. Left unchecked, the stale air which further decreases oxygen concentrations in the water and increases stress to the fish. When water temperatures aren’t too extreme or when ice is unavailable, I opt to run my FILL and RECIRCULATE switches on manual all day and frequently allow fresh air into the boxes.

Rule of thumb: if you have fish in your livewell, pay attention to how they are acting and make adjustments as needed to keep them healthy for release after weigh-in. 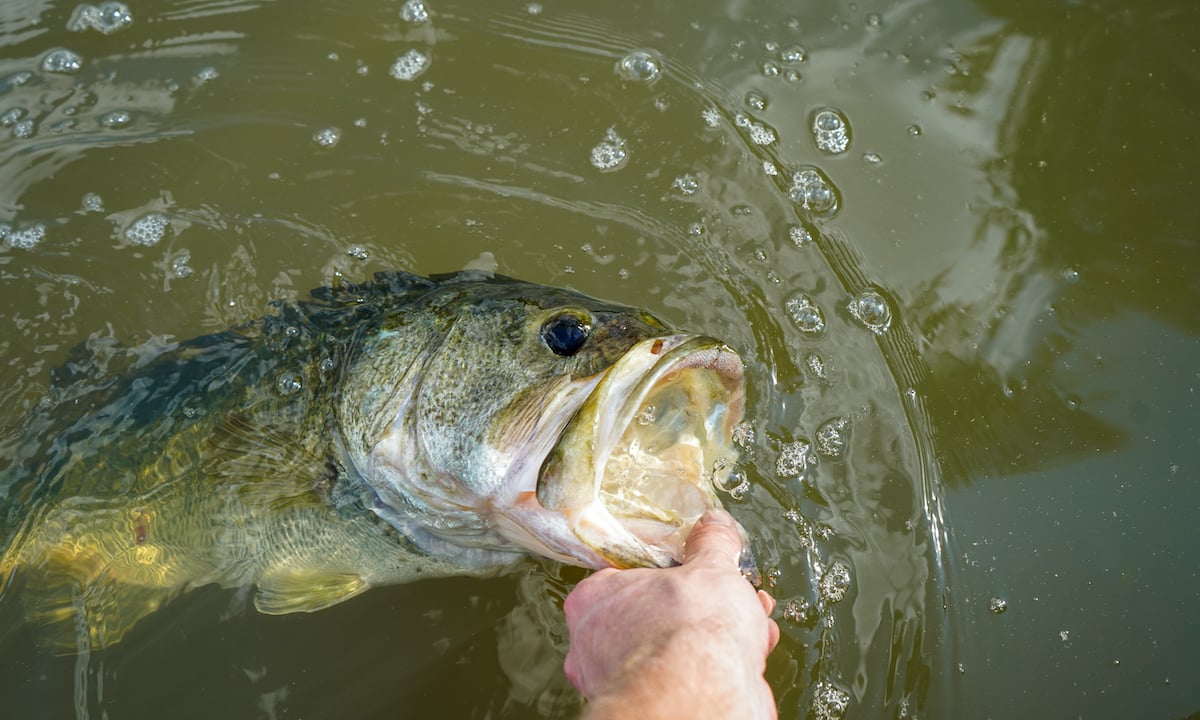 Additives are great additions to your livewell fish care, too. I'm a big fan of a product called G-Juice made by TH Marine.  I've had great success with this over the years and it is very simple to measure out and use. We talk more about fish handling tips and some other additive suggestions in a subsequent post, so keep a lookout for those on our website.

If you have any questions and need some further explanation of any situation feel free to email me at ethan@pondking.com and I will get right back to you.

See y'all down at the pond

The Pros and Cons of Feed Training Bass