Which Sunfish Live In Your Pond? 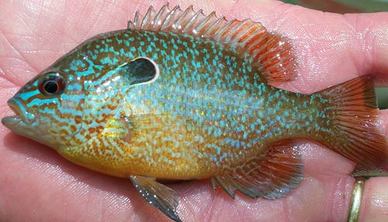 If you've spent much time down by the pond or out fishing, you have likely come across several species of sunfish here in Texas. Many sunfish share very similar characteristics that can make it difficult to differentiate the species. Like many species of fish, sunfish species have accumulated a wide variety of names (bream, perch, etc.) for the same species, which often leads to confusion when communicating with others from different regions. For this blog, we are going to use widely accepted common names for each sunfish species.

I have assembled a quick, easy-to-use key to identify a few of the common species you are likely to find in your pond, focusing on Bluegill, Redear Sunfish, Longear Sunfish, Green Sunfish, and Warmouth.

*Instructions: Work down the list starting at #1a. If the fish has the characteristics described, follow the bullet points telling you which number to go to next, or which species you have.

1a. Sunfish with dark markings or lines radiating from the eye, tongue with a patch of teeth, and an upper jaw that extends beyond the eye 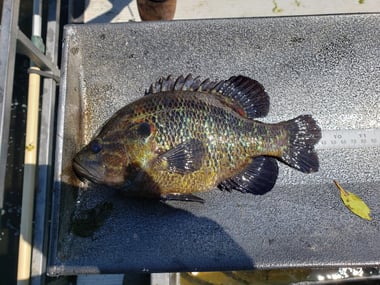 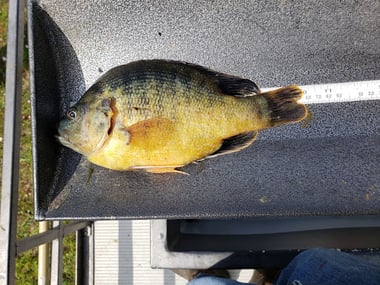 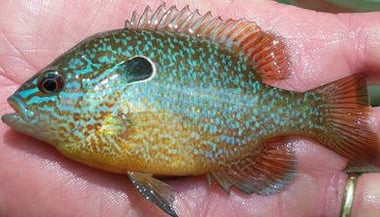 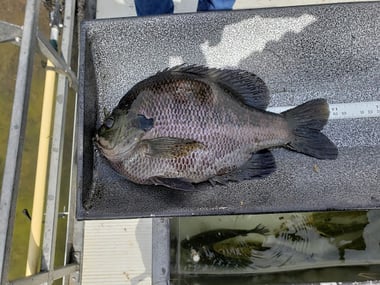 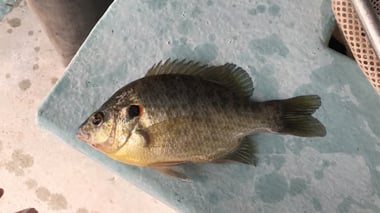 Know Which Sunfish You Want in Your Pond

Each species of sunfish play distinct roles in your pond’s ecosystem. By knowing which species of sunfish are present in your pond, you can then adjust your management strategies accordingly.  Sunfish, such as Warmouth and Green Sunfish, compete with bass for resources and are not recommended for your pond. Beneficial species include Bluegill, which are needed for forage sustainability, and Redear that will act as a biological control for parasite prevention. For more in-depth information on each species, contact Pond King, and we will be happy to answer any questions.

Choosing the Right Genes to Raise a 10+ Pound Largemouth Bass

How often do you need to restock your pond?

Pond King's products are built with expert craftsmanship and the highest quality materials. Download our catalog to look at our latest products for 2019.